Or was it the other way around? Yeah, that. It’s totally you.

Sorry. I was confused.

Do you remember when we first met? It was back in August, just after the VMAs. You had just written this piece, angrily dismissing Miley Cyrus and the vacuous pop culture she represents. I found your acerbic wit and brutal honesty refreshing. I was impressed by how efficiently you disposed of worthless culture.

But then I came to realize that you do that to everyone.

I’m still trying to decide whether the person or the haircut is the bigger crime against nature.

See, the thing is, I’m starting to realize you’re just a polemicist. A talented and witty polemicist, sure. Maybe even an insightful one, occasionally. But even the best polemicist in the world is good for only one thing: making his readers really mad — either really mad at him, or really mad at people who disagree with him. And mad-all-the-time just isn’t something I want to be.

For instance, you’ve got this recent post, where you scold everyone who’s opposed to puppy murder but okay with abortion, as if those people hadn’t engaged in any thinking about their position, ever. 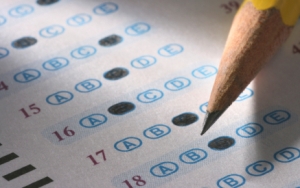 Sigh. Not everyone will benefit from more STEM courses.

Or this one, which hinges on the obvious false dilemma of whether we should let kids play outside or subject them to an endless battery of cradle-to-grave standardized tests.

Or this one, where you accuse secularists of total historical ignorance, as if they hadn’t noticed that the Declaration of Independence has the word “Creator” in it.

I could go on.

And see, the problem isn’t that I disagree with you. Actually, I agree with most of your basic points in all three of those posts. The problem is that you make me want to pump my fist in the air and go “Yes!” like some idiot sitting courtside and swilling Bud Light at an NBA game.

And I’m pretty sure that’s not healthy.

And it’s not healthy to be angry all the time.

Look at those eyes, though. I can’t stay mad at those.

See, this might be naïve of me, but I’d like to think humanity can do a little better than calling each other stupid on the Internet. I’d like to think we can have intelligent discussions, find common ground, and move forward on important issues.

And I don’t think reading your blog is helping with that. Whether I agree with you or not, all you do is make me mad. And what’s worse is, you’re funny and charming while you do it. You make me like being mad. And I don’t want to like being mad.

So, I feel terrible for doing this. But I’m breaking it off, before we get too serious.

My alpaca, prior to your tips.

I know you probably don’t even think you need me. After you read this, you’ll just go off to one of your other millions of readers for some rebound action. You’ll probably even say you never knew I existed.

But I know better. We had something special.

Just know this: I did love you once, if only for your manly stubble and your alpaca grooming tips. But we’re just not good for each other.

But hey, we’ll always have Cyrus. No one can take that away from us.

Other stuff you can read, if you’re brave:

Donald Miller Left Me Standing at the Altar, in More Ways Than One

Equality is Medicine, Not Food.

87 thoughts on “A Break-up Letter to Matt Walsh”

Hey there. I'm a writer and humorist out in Tulsa, OK. Maybe you've read LOL Interwebz, the column I used to write for Christ and Pop Culture, or maybe you've seen the stuff I've written for Cracked and BuzzFeed.

My non-fiction debut, HOLY SH*T! The Dirtiest Bits in the Bible, is in the works.

Things are a little slow on my blog these days, because people keep giving me paid writing gigs. (I know, weird, right?) Still, I keep it around for those moments when I feel like writing something that no one else would ever publish. Like, for instance, stuff about papal encyclicals and terrible horror movies.

I dream of a day when all will be made new, and when everything will taste like beer. Seriously, someone get on that.

Much Better Blogs That You Should Probably Be Reading Instead: